We have supplied concrete plinths for charity art projects in towns in various parts of the country, including for Pigs Gone Wild, Elmer’s Big Parade and Snailspace Brighton trail.

We were commissioned by Wild in Art and St Elizabeth Hospice, Ipswich to manufacture bespoke concrete bases to a very strict specification to support 47 painted elephant sculptures for the charity event Elmer’s Big Parade Suffolk, held in various locations in Ipswich

The hospice had hosted Elmer’s Big Parade Suffolk to celebrate its 30th anniversary, alongside Wild in Art, one of the leading producers of spectacular, mass-appeal public art events, which connect businesses, artists and communities through the power of creativity and innovation. The trail aimed to raise money – and crucially awareness – for the hospice.

We have previously supplied plinths for projects in towns in various parts of the country, including for Pigs Gone Wild, an earlier St Elizabeth Hospice/Wild in Art project held in Ipswich a few years ago.

Around 40 pigs decorated by local artists were on display around Ipswich town centre and waterfront areas in the summer of 2016.

The Pigs Gone Wild art trail ran for a period of 10 weeks.

Poundfield Precast was approached by Norman Lloyd, Pigs Gone Wild project manager, earlier in the year with the idea to make concrete plinths for the project which will be raising funds for St Elizabeth’s Hospice.

After a brief design and consultation period with Poundfields Bespoke product division, a clear and strong design was created for the pigs to be securely bolted upon.

The new steel mould was set up and tested at Poundfield, and the team from St Elizabeth Hospice visited to see the first two sample products. The final reinforced concrete plinths were 1,750mm x 1,000mm x 500mm.  Each plinth weighed in at 1.45 tonnes so hopefully heavy enough to deter anyone contemplating a spot of pig rustling!

Mr Lloyd said: “We are so grateful to Poundfield for creating the plinths for the trail. These are big products and not something to be taken lightly. The pigs will look great on them.”

The concrete plinths also held two dibond plaques on the side containing contact details about the sponsors, pigs name and artist. Also included on the plaques were a QR code that visitors could scan with the Pigs Gone Wild app to ‘collect’ pigs and unlock special offers.

The plinths were delivered in May ready for the pigs and plaques to be fixed, before leaving for their new homes on the Pigs Gone Wild trail.

Tim Evans, of Poundfield Precast, said: “We were delighted to a part of this project, in fact, so delighted that we also decided to sponsor our own pig – ‘The Ham-inator’!”

Helping to display the best sides of assorted pigs, dogs, medieval knights and now snails is not an activity normally associated with a leading pre-cast concrete manufacturing company. Yet producing plinths for these various animals is very much a growth sector for Poundfield Precast.

The Poundfield team have delivered 46 plinths for the Snailspace Brighton trail.

The trail was made up of 46 fibreglass snail sculptures supplied by Wild in Art, every one colourfully painted with different eye-catching patterns. Each of the snails was being sponsored by a business in the Brighton area in aid of Martlets Hospice, which is located in nearby Hove.

It is hoped that the whole campaign will both further boost awareness of the hospice and raise hundreds of thousands of pounds for the work that it does.

Tim Evans, Poundfield Precast director – bespoke products, explained that “the plinths have to be solid enough to support each sculpture, but not so intrusive that they detract from the artworks themselves.

“I’m pleased that once again our attention to detail and first-rate customer service and delivery meant that all 46 plinths were ready for installation well before the Snailspace trail began. We certainly weren’t snail-like in fulfilling this order and we really hope that the trail will raise as much money as possible for Martlets.” 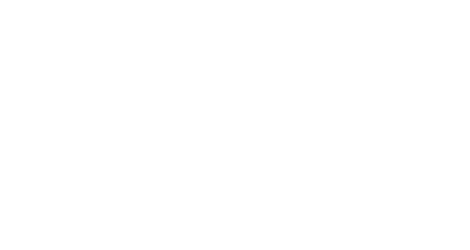 Be the first to find out what’s happening at Poundfield Precast. Hear about company announcements and receive news on projects we’re working on.
You will be sent an email to confirm your signup and you can unsubscribe at any time.